Even though many have come to visit and photograph the small buddhist temple that appears to be emerging from within a banyan tree, the historic significance of Wat Bang Kung, and its beautiful natural surroundings alongside the western bank of the Mae Khlong river in Amphawa district, are often not fully known by tourist and Thai alike.

While there are, admittedly, many buddhist temples to visit throughout Thailand Wat Bang Kung is one of the most iconic. Having been engulfed by the roots and branches of large banyan trees over the course of several centuries the temple provides a seamless combination of natural beauty and serene spiritualism.

Customer feedback – “This temple reminded me of Angkor Wat in Cambodia. Really beautiful and unique with the trees growing through it.”

The temple building dates from the Ayutthaya period and, aside from the golden buddha image it houses, is quite simple in design. The remarkably majestic banyan trees are the crowning glory of the site, dominating the temple and shading much of the landscape, a landscape that served as a battleground for Siamese and Burmese warriors in the 18th century. Today, the temple and nearby area is preserved as a memorial to those heroic warriors of the past.

Some of the more unique items you will see at Wat Bang Kung:

The Wat Bang Kung temple area served as an army stronghold of the Siamese after the ancient city of Ayuttahya was overrun by the Burmese in 1767. During this time, Burmese forces had blockaded the Mae Khlong river and the Siamese General Taksin managed to gather his army at the area of Wat Bang Kung.

Customer feedback – “I was amazed to learn more about this area from our private tour guide. I really wasn’t aware of Thailand’s history of war with Burma. It added a lot to my trip to Thailand.”

Eventually, Burmese forces attacked the Siamese camp, but General Taksin and his warriors won a victory that would end up turning the tide of the war in favor of the Siamese.

The next year, in 1768, Burmese forces retreated from Siam and General Taksin and his army left the area of Bang Kung. In time, the temple was forgotten and the banyan trees reclaimed the land. In 1967, as part of Thailand’s bicentennial celebrations, the government had the site restored and commissioned a memorial statue of King Taksin at the site.

Other attractions that can be easily arranged along with a visit to Wat Bang Kung include our Fireflies Evening Boat Ride and Phra Pathom Chedi tours. Visit this attraction on our Thailand Royal Coast Experience tour.

Things you should be aware of when visiting Wat Bang Kung: 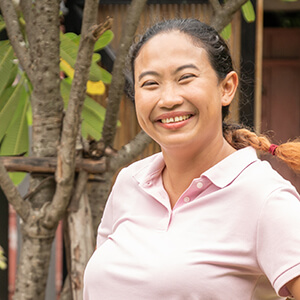